Zindagi Na Milegi Dobara is a highly successful Indian Bollywood movie, directed by Zoya Akhtar. It centres on a journey to Spain made my three friends just before one of them is to be married, during which they overcome some of their biggest fears and decide to live life to the maximum.

The beautiful scenes of the movie have inspired many fans of Zindagi Na Milegi Dobara to visit Spain and get to know the places they see in the movie in person.

If you are one of those people that has fallen in love with Spain thanks to Zindagi Na Milegi Dobara and you want to visit the same sites as Arju, Imraan and Kabir, we invite you to continue Reading.

We will present you the places which appear in the film and we will reveal a secret as to why is neither possible (nor recommended) to take the same route through Spain as the protagonists of the movie.

The adventure of the three childhood friends begins in Barcelona. Emblematic sites such as the Casa Batlló, the Arc de Triomf and the Gothic District appear.

The first of them is one of the master works of the famous architect Antoni Gaudí, architect of other famous tourist spots as the Sagrada Familia andParque Güell, that you can visit in full luxury through the medium of a private tour.

The Arc de Triomf is the beginning of a splendid boulevard, especially on one of the many sunny days in Barcelona, that can take you to the CiutadellaPark and up to the seaside boardwalk.

The Gothic Quarter is considered the heart of Barcelona. Las Ramblas and the narrow medieval streets that bring you to El Born are full of history. At WeBarcelona we recommend that you carry out a tour on foot in this neighbourhood, with a Flamenco show and a tapas dinner included. 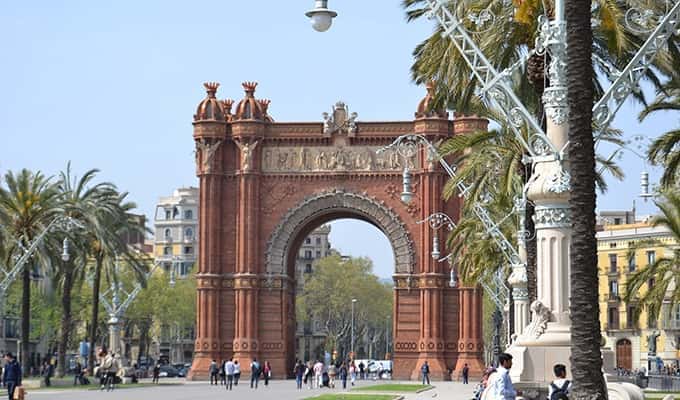 Even if Barcelona has its own beach, when Kabir decides to go diving, he chooses to go to the Costa Brava, that is located an hour and a half from Barcelona. There they get to know Laila, in a scene filmed on a nudist beach in the region.

The filming team had to ask bathers to stay out of the reach of the camera so that naked people did not appear in the background of the film.

The Costa Brava is a paradise for lovers of clean, sandy beaches and crystal clear waters and charming seaside villages. If you are staying in Barcelona and you want to escape for a day, we recommend you try the Costa Brava experience with us.

You will visit towns as magical as Cadaqués and Port Lligat, the natural park of Cap de Creus and the Monastery of Sant Pere de Rodes, one of the best view points of all of the Mediterranean. 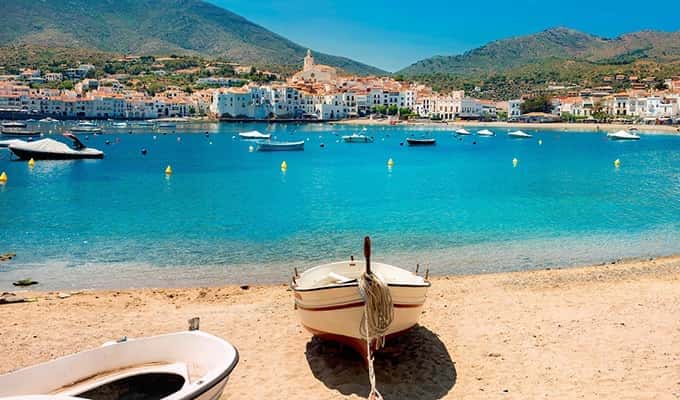 After the day diving, Laila invites the boys to celebrate la Tomatina in Buñol, a town near to Valencia. There is where they meet Nuria.

La Tomatina is a traditional festival in which the participants throw tomatoes at each other. It is celebrated the final Wednesday of the month of August. It is a very similar festival to the Hindu festival of Holi.

Each year for the festival, 16 tonnes of tomatoes are imported from Portugal.

After the festival, the protagonists of Zindagi Na Milegi Dobara head to Sevilla in a fun road trip. In the Andalusian capital they try skydiving, enjoy a flamenco show and here is where one of the best known songs of the film takes place: Señorita.

The song was recorded in Alájar, a town situated 100 kilometres from Seville. On the third day of filming, the villagers turned up dressed up to the filming. Even the mayor participated.

As a final destination, Arjun, Kabir and Imran choose to go to Pamplona to enjoy in first person the running of the bulls and live some of the most intense scenes of the film.

The festival that represents the film in Pamplona is San Fermín, that is celebrated the week of 7th July. As you can see, la Tomatina, in reality, is celebrated a month and a half after San Fermín, so it is not possible to visit the festivals in the same order as the film.

Another factor to keep in mind is that if you are planning to take a similar journey as that in the film, Pamplona is much nearer to Barcelona than it is to Sevilla.

If you are thinking of visiting and Spain and you want WeBarcelona to put together a personalised tour for you, click here. We adapt everything to you requests – keep in mind, you only live once.

Superbowl in Barcelona: Best bars to see the NFL final

This site is registered on wpml.org as a development site.